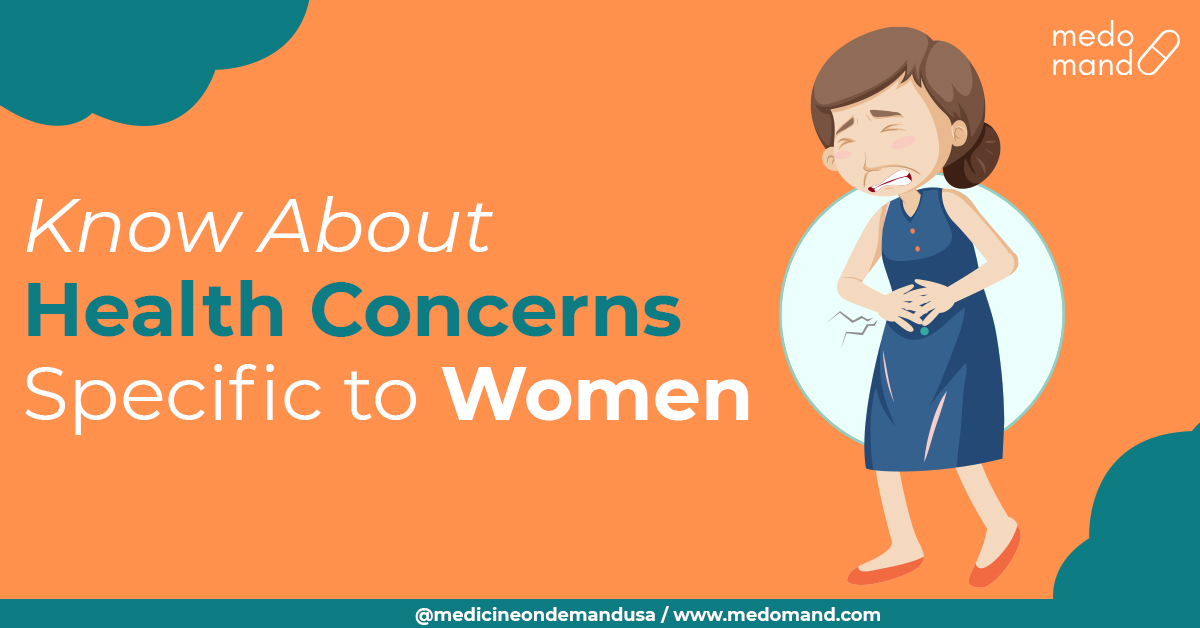 Women have unique health concerns such as menopause, conditions of the female organs, and pregnancy. Besides, some of the health issues that affect both men and women can affect the latter differently. For instance, women are more likely to show symptoms of anxiety and depression than men. In addition, urinary tract problems and osteoarthritis are more likely to affect women more seriously.

As the age of women increases, their reproductive cycle affects many stages of their life to a great extent. Estrogen levels affect physical changes that women experience during their adolescence, adulthood, and old age. Girls immediately begin displaying physiological differences from boys at the moment of contraception. Besides, in the womb, they express genes in the placenta differently, improving the development of the placenta and pregnancy maintenance. They begin to develop breasts while still in the womb and are born with the mil-duct system in place.

During females’ childhood and adolescence, they develop identities through repeated conflicts, interactions, and disappointments. When they are just eight years of age, the ovaries start to produce estrogen causing the areolas and breasts to enlarge. They begin to grow hair under their arms as well as public hair.

Women experience depression more than men. It affects the woman’s ability to eat, sleep, work, and feel euphoria, leading them to attempt or commit suicide every year than men. Hormones, genes, and stress are some of the factors, among others, that contribute to depression. When women go through hormonal changes, it tends to change their brain chemistry. Besides, women experience depression during puberty, after menopause, or after delivering a baby. As a woman, if you feel sad that prolongs for more than two weeks, then you should see a therapist or a doctor. Often therapy can help in depression treatment, and in some cases, medications may also help. Though several anti-depressants cause serious side effects, the benefits should be weighed against them.

Osteoporosis is a condition that causes bones to weaken. It affects millions of people, out of which older women are the most affected, and it causes their bones to break more easily. The spine, wrist, and hip are most susceptible to break or fracture in those who have osteoporosis.

Women who are at higher risk for osteoporosis are:

More than a quarter of a million women are killed by cancer every year in the US. Breast cancer, colorectal cancer, breast cancer, and skin cancer are the common types of cancer affecting most women.

Besides, human-papilloma viruses cause various cancers that can cause severe damage to women:

Cardiovascular disease is the top killer of women as they are responsible for more than thirty-three percent of female deaths each year. Most women overlook it because experts once thought it was a man’s medical condition. Strokes, arrhythmias, heart valve problems, and heart attacks are the outcomes of cardiovascular. Women are more prone to experience heart disease ten years later in life as compared to men. Forty-two percent of women who have a heart attack die within a year, whereas only twenty-four percent of men die within one year of a heart attack. Among all female deaths, only heart disease accounts for twenty-five percent.

STDs are one of the major concerns in the sexual health of women. Common STDs are included in genital herpes, gonorrhea, Chlamydia, syphilis, HIV, and HPV. They can avoid many STDs by using latex condoms, receiving vaccinations, and knowing a partner’s history. Some feel healthy even if they suffer from STDs and don’t realize they are infected, causing serious concerns about getting pregnant. Besides, pregnant women can transfer STDs to their unborn children. There are various treatments available for women who test positive for sexually transmitted diseases. If detected early, chlamydia and gonorrhea are often cured by doctors. HIV treatment can help women live healthier and longer lives.

The endometrium is the tissue found inside the uterus or known as the inner lining of the uterus. It occurs when the endometrium starts growing in other parts of the body, such as on the outer surface of the uterus, bladder, fallopian tubes, and ovaries resulting in severe pain. The endometrium thickens, breaks, and bleeds heavily during the menstrual cycle. Endometriosis patients have digestive problems, pain during sex, lower back pain, and painful periods. Also, almost fifty percent of women suffering from conditions experience trouble getting pregnant.

Women can take charge of their health by being aware of the changes that are going through in their bodies. They should have an understanding of the risks for conditions or diseases. With regular and proper screenings, a healthy diet, and self-awareness, women can live happily into old age. All the female hygiene products and the medical items used to cure the conditions mentioned above can be ordered from Medomand online. The supplies will be delivered to your doorstep.

Good & Bad Cholesterol: Difference, Causes, & How to Lower It

what are you looking for?

Manage options Manage services Manage vendors Read more about these purposes
Vorlieben
{title} {title} {title}
× How can i help you?